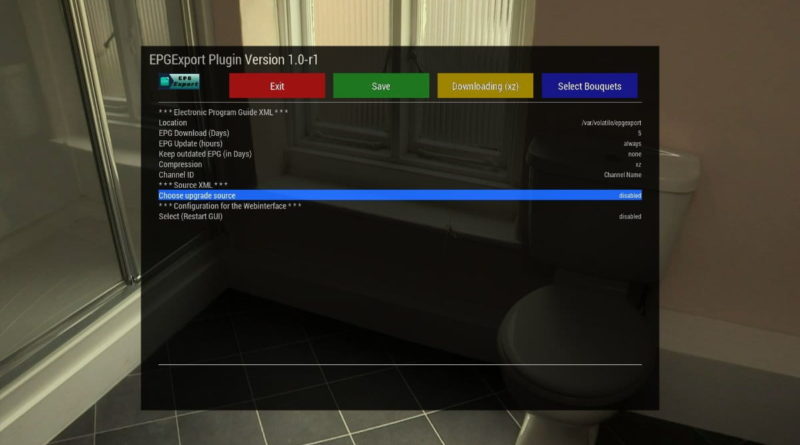 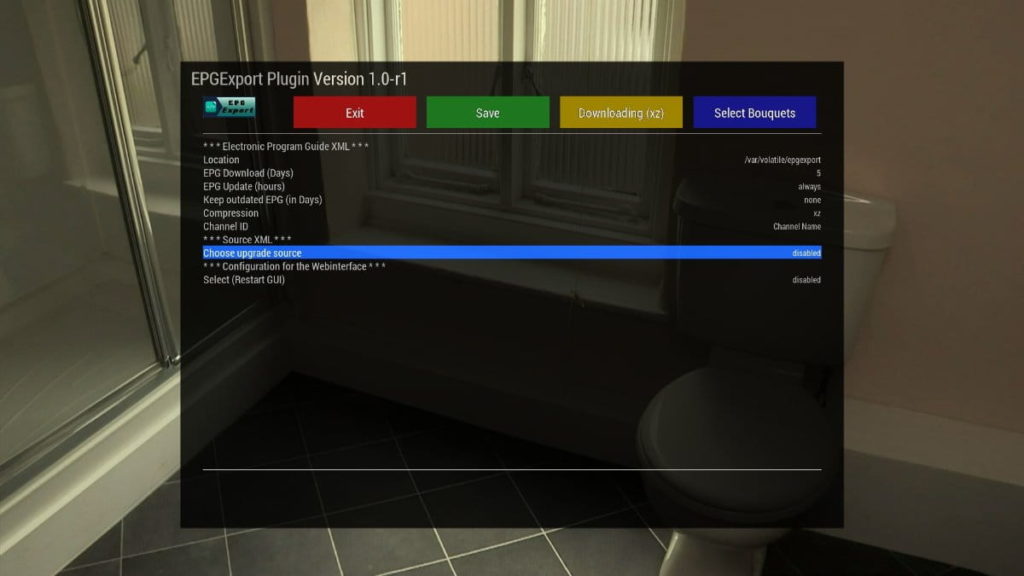 So everything that is available to EPG on your Dreambox can be exported in XMLTV format to / etc / epgexport directory. Although you can select other target directories in the plugin, but these are always verlinked on / etc / epgexport, so you do not have to search long for the file.

Default is / var / volatile so a tmpfs, which of course the files are gone after a reboot, but that does not bother you because you can always generate again.

With yellow in the plugin you can trigger an explicit export and also turn off the compression, so you can easily control the content of the files while testing, otherwise xz Compresion is always on.

One can select in the plugin also one of his bouqets for exporting, Default is the Favorite Bouquet, but it will all others that exist on the box also available for selection. Theoretically, you can also make your own EPG Export Bouquet, where you just clean the channels from which you want to exiport EPG.

You can also set the maximum time that the EPG should be exported to the future (maximum is 30 days, default 5) and (if available) also how many days of outdated EPG you want to export with.

After the plugin also extends the web interface of the DreamOS (or alternatively bring its own on another port) to load the export files as from a normal XMLTV server, you can also set whether the EPG files should always be recreated with such a request , or if you consider a certain number of hours of old EPG as sufficient, then only the existing over WebIf sent out but no new generated. This is controlled by the LastUpdate.txt file, which also controls normal XMLTV servers, if EPG is accepted as not yet outdated. Here triggers then to an old timestamp that the files are recreated.

For debug purposes, there is also a setting to disable the xz compression of the files, whereby via WebIF (no matter what is set there) always xzc files sent, so the setting actually only applies to manual export to yellow in the EPGExport plugin.

After quite a bit of wild growth on XMLTV Channel ids, I made a couple of options as a plugin setting, default is just the channel name. If these possibilities for channel IDs are not enough for you, then you can also copy a custom.channels.xml into the / etc / epgexport directory (preferably from a real XMLTV server on the net), then the channel ids are taken from there during export , which then makes completely compatible channel IDs into a feed. can be downloaded by renaming the respective * .channels file and renaming it to custom.

Which brings us to the feed settings of the plugin, if you set the load feed to yes and the EPGImport plugin is installed, then an epgexport.sources.xml fim / etc / epgimport directory will be created when backing up the settings and you can import it into the EPG Plugin select the respective EPGExport feed. It works on the server too (so load itself with its own IP address), but this part of the plugin is more useful to create a sources file on the clients, which then points to the Master Dreambox, from which you can use EPGImport from the EPGExport plugin want to load created EPG. Of course you can distribute the epgexport.sources.xml file manually to the clients and install EPGImport there.

And yes, then just brought more of a box really down from the XMLTV servers in the network and load everything for EPG for the other boxes in the household can then just export from this box using EPGExport and load.

I hope the long explanation is sufficient for the first time so that you can test the part extensively and hopefully not to report numerous crashes, so I can fix it.

Have fun with the EPGExport Plugin